For the 2013 edition of the London Design Festival, communication and interaction design studio Six:Thirty realized Collate, a physical installation at the V&A Museum consisting of a series of touchscreens that brought visitors together in the creation of an image-based catalogue.

During the nine days of the festival, visitors had the chance to:

In my opinion, Collate reflects some of the current mutations of the editorial process due to the influence of the Web and offers a perspective to reconsider the practice of publishing. Therefore, I asked Six:Thirty some questions to learn more about the motivations behind the project and its relationship with the current context.

First of all, I’d like to ask you what was the phase of the production process that has been more appealing to the visitors. Did they prefer to select, to design or to vote?

Danilo Di Cuia: Visitors’ preferences varied, but I would say that the most popular phase was the designing one followed by the selecting one.

James Cuddy: When designing the user experience we thought that the image tagging part of the installation would be less engaging. However – people seemed to enjoy this part too. 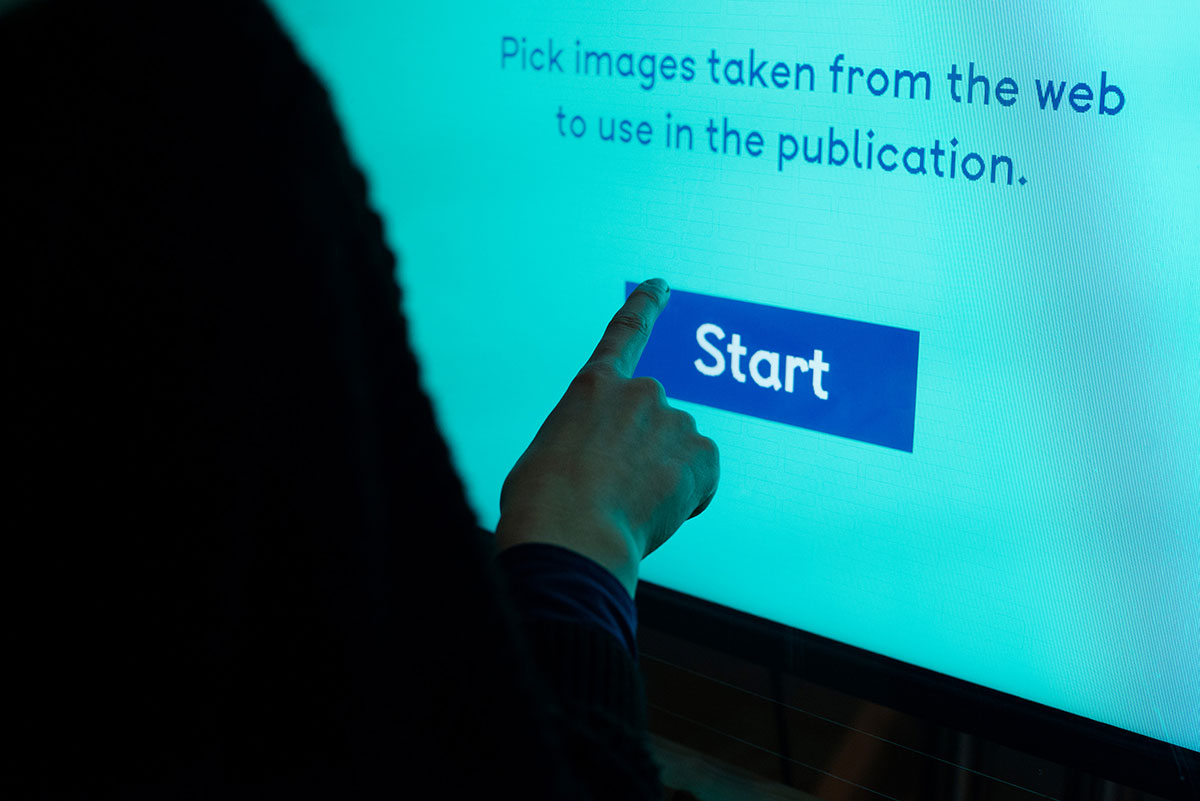 What was the need for image tagging?

Danilo: Describing images was necessary to let visitors search for images in the design phase.

We were interested in what meanings an image could have when extrapolated from its context so this process was a way to tap into our visitors’ imagination and culture. By describing the images the visitors were doing something that is very complicated for a computer to do. Also, we intentionally avoided using the word “tag” because we wanted the visitor to associate a word to the image and not necessarily describe its content. Images had already been tagged by their author, so in a way, the content was already defined.

This choice led to better results, for example an image of a sport car was described with the word “flamboyant” instead of “lamborghini 700–4”.

In the platforms in which the user creates or customizes a publication, often the design part is delegated to an algorithm. In the case of your book, in which way a “user-generated layout” is an added value?

Danilo: The users’ layout is the biggest value of the project. In Collate users were only able to scale, position and layer the images. We kept the manipulation simple as we were mostly interested in the effect of story-telling through juxtaposition but we also wanted to leave some freedom to let the user find new ways of using these images.

James: People found quite creative ways to make interesting layouts. Repeating images, so that they became abstract patterns, was quite popular, and creating groups of images with the same colour.

To what extent were you surprised by the outcomes? Was there something that you didn’t expect?

Danilo: Something very unexpected was the popularity of the describing process. There was a limit of five words that visitors could add to a single image. At one time there were six people gathered around a screen for a very long time trying to find the best words to describe the picture of a shell on a beach.

James: I think people responded well to tagging because it was really simple, self contained task. 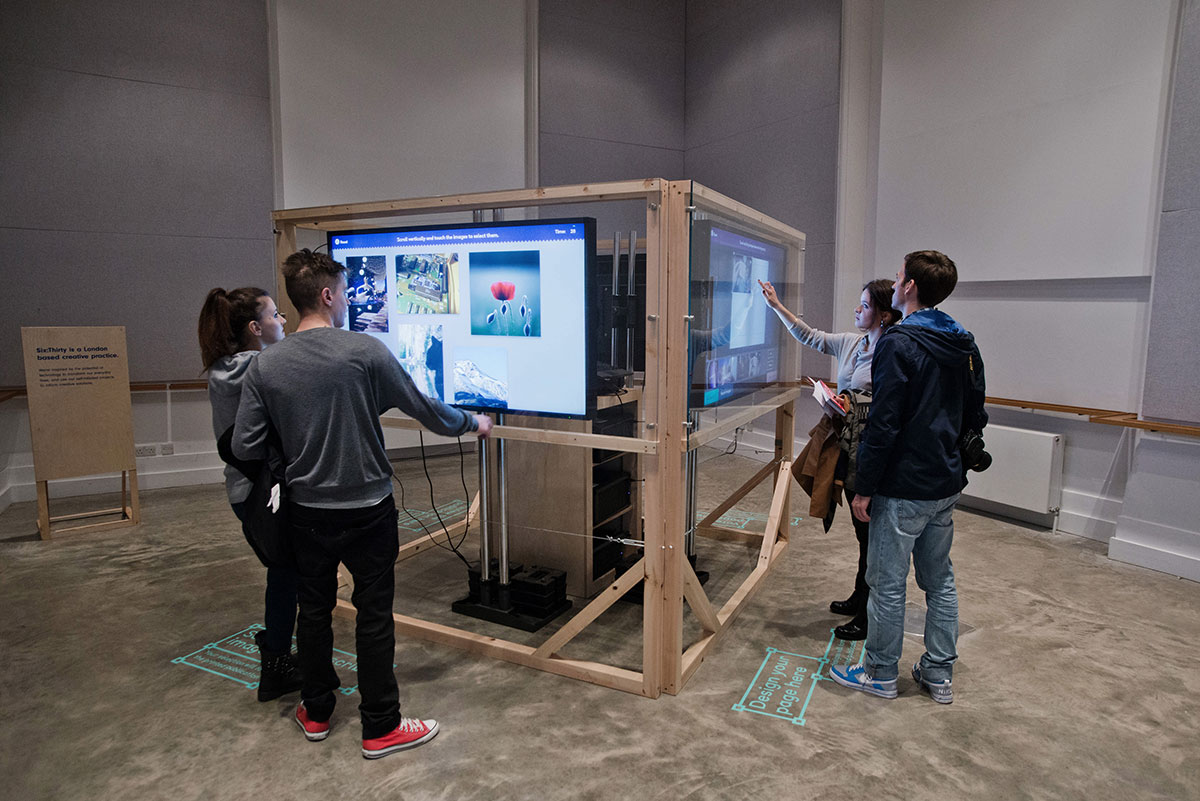 While there is a tendency, propelled by digital tools, toward granular customizability of contents, you chose the opposite way: to produce a unique publication out of all contributions. Did you consider other versions of the project in which different outputs could be produced?

Danilo: The spirit of Collate was to create a product through collaborative effort. Participatory design is a combinatory act similar to the traditional design process: we combine pre-existing elements to create, through trial and error, a new element. We didn’t edit any spreads or choose a particular page: the book itself is the raw output of the installation and it was even auto-paginated by an algorithm. We’ve designed the tools and the container but not the content.

In the project’s description you assert that «with the growth of online communities, consumption of information has become a more active experience». This may almost sound as a paradoxical statement. Within Collate, are users producing or rather consuming information?

Danilo: Users who take part in online communities are consuming, creating and defining content popularity. In this way they immediately influence the type of content they will be consuming in the future.

James: Whatever information we view or ‘consume’ online produces new content – even if it’s as simple as adding to the page view stats of a site. By using the installation, users were consuming content, but also producing it. 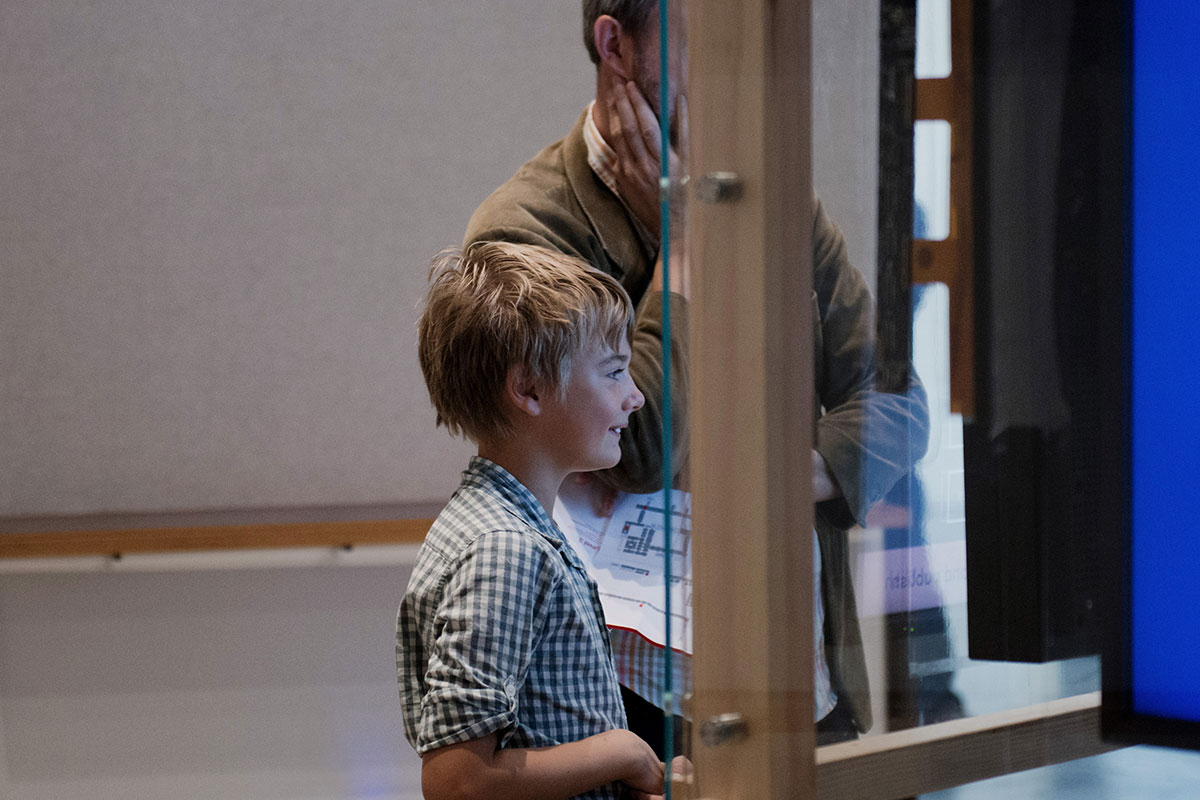 What is the role of physical space in the installation?

James: Giving a physical aspect to the project highlighted the mechanisms and processes that were creating the publication. We wanted people to realise that what they did on one screen affected the others.

The criteria for selecting the page spreads is popularity. Did you think of producing other versions of the book with different criteria, such as the least popular spreads?

James: We could do as we’re publishing Collate via a print on demand service. I think that from a visual perspective, this might not be the most engaging product! 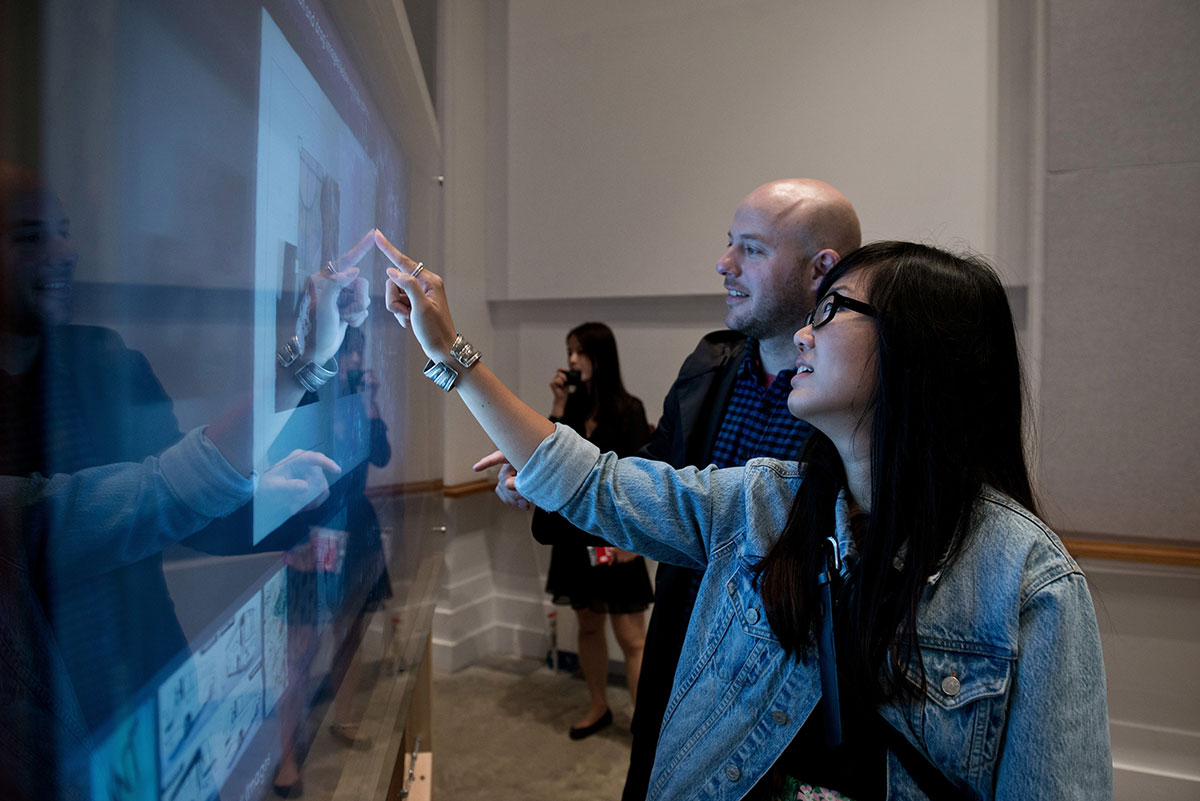 Do you think that a “content voting system” can provide an increased income to publishers? Should it be seen as a marketing tool?

James: I definitely think there are possibilities for increased collaboration between audiences and publishers. This already happens to some extent with blogs producing printed publications of the most popular online content. By involving the audience in a deeper way than just voting for content, I think there is scope to explore the audience / publisher relationship further.

The book will be (very soon!) available in print on demand on Blurb. As a full color photobook, it will probably be pretty expensive. Why did you choose this solution?

James: We chose to go down the print on demand route as it’s actually the most viable way to realise a project like this. It actually widens the scope for creativity as it removes any restrictions from publishers as to what include or omit.

What were the inspirations that led to Collate?

Danilo: The idea started as we were talking about the rising of visual-focussed social networks and the recent rise of user driven aggregators such as Pinterest. For the physical look of the installation we were inspired by Web Lab, an interactive exhibit at the London Science Museum. We wanted to create an installation where tech wasn’t overwhelming and that felt more like playful and inclusive rather than high polished.

In 2012 you realized Out of Print, a project that employed traditional printing techniques and natural language processing software to explore our relationship with digital news and shortened attention span. Both Out of Print and Collate deal with the ecosystem of publishing in a broad sense. Are there other aspects of publishing you’d like to address in the future?

Danilo: Probably! But publishing is not our only focus. We’re excited about the technological evolution of content distribution and production and its social implications but we would like to find new ways to explore this content too.